This tutorial is geared at first-time users who want detailed instructions on how to go from zero to a Docusaurus website that has versions. Let's start!

Git is a version control system for tracking changes in source code during software development and it can help you synchronize and version files between your local system and your online repository. Git for Windows includes Git Bash, a terminal application. If not already installed, see Installing Git.

Node.js is an environment that can run JavaScript code outside of a web browser and is used to write and run server-side JavaScript apps. Node.js installation includes npm, the package manager that allows you to install NPM modules from your terminal.

Alternatively, you can download an installer from the Node.js homepage.

Check that you have the minimum required version installed by running the following command:

You should see a version larger than Node 8.

We highly recommend that you install Yarn, an alternative package manager that has superb performance for managing your NPM dependencies. Check it out here.

You can still proceed with the tutorial without Yarn. 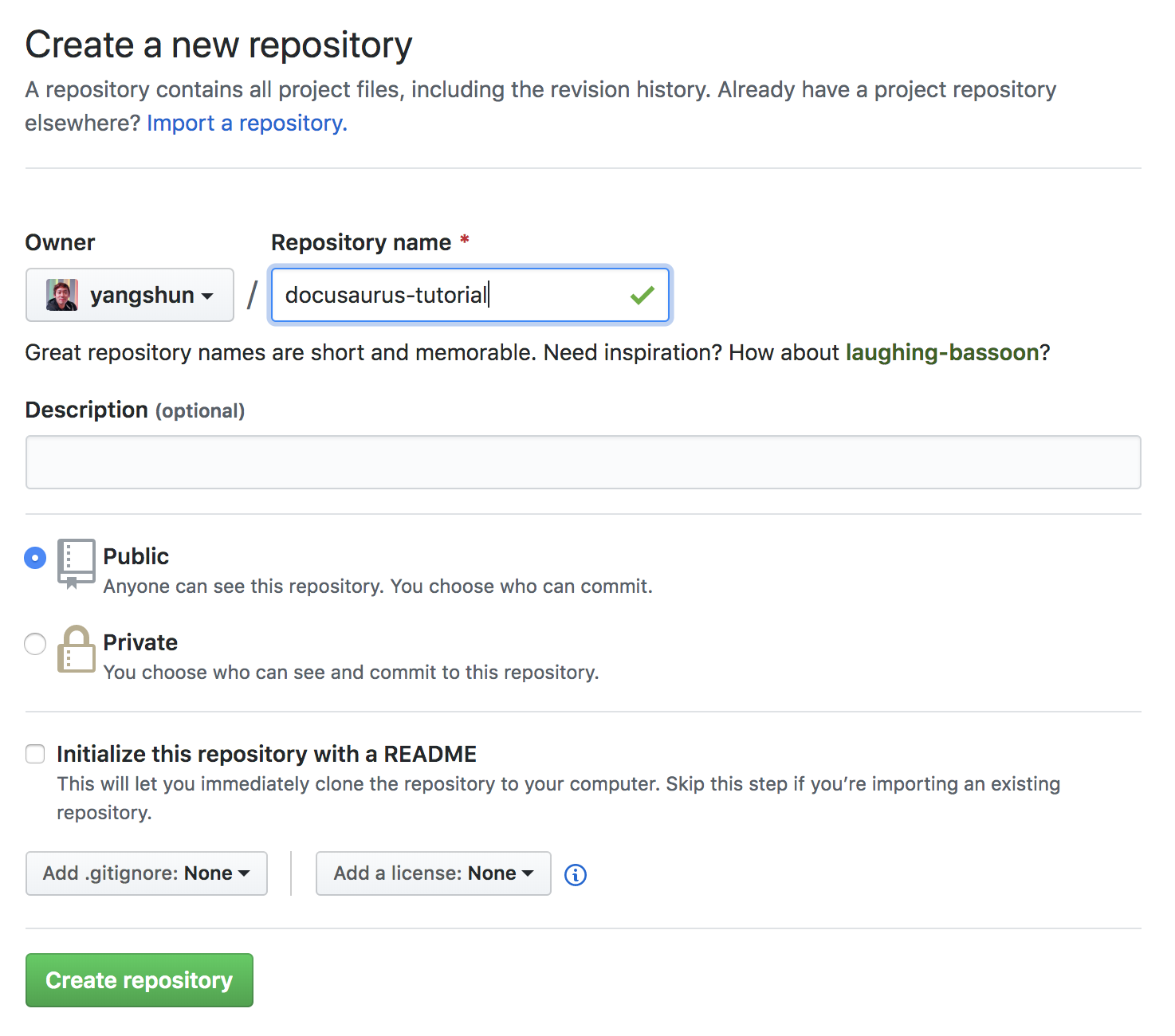 Docusaurus comes with a command line tool to help you scaffold a Docusaurus site with some example templates. Let's install the installer!

or if you have Yarn: